The place, our services & our team

Midas Belize was established in 1991. Since then has improved, grown and continues to invest in its product. Midas Belize sits on 30 acres of land adjacent to the town center and borders the Macal River. There is abundant wildlife on the property as it is officially a Private Reserve.

MiDaS is a combination of Michael and his Grandfather Daniel Silva.

The property was purchased by Daniel Silva and used as cattle pasture land for his animals. In 1981 he gave the land to his daughter as a wedding gift so she could have a nice beginnig to a new life.

Now we have grown to include 40 Rooms, all with air conditioning and modern amenities in every room.

There is a large swimming pool with a waterfall and hidden Cave. This year (in 2020) Midas will become the first Hotel in San Ignacio town to be 100% Solar-Power based. Our next mission is to also offer purified water in our own pipe lines even though our water supply already meets health regulations.

All our beds are imported from the United States so you are guaranteed the best quality sleeping comfort.

Our rooms all have a Flat Screen TV, Refrigerators, Safe Boxes, Air Conditioning, Hot Water, 24-Hr Electricity, and Free Purified Water -- all you need is a refill container.

There is always someone on the property. Even when you're sleeping, our security is awake and ready to assist your needs. 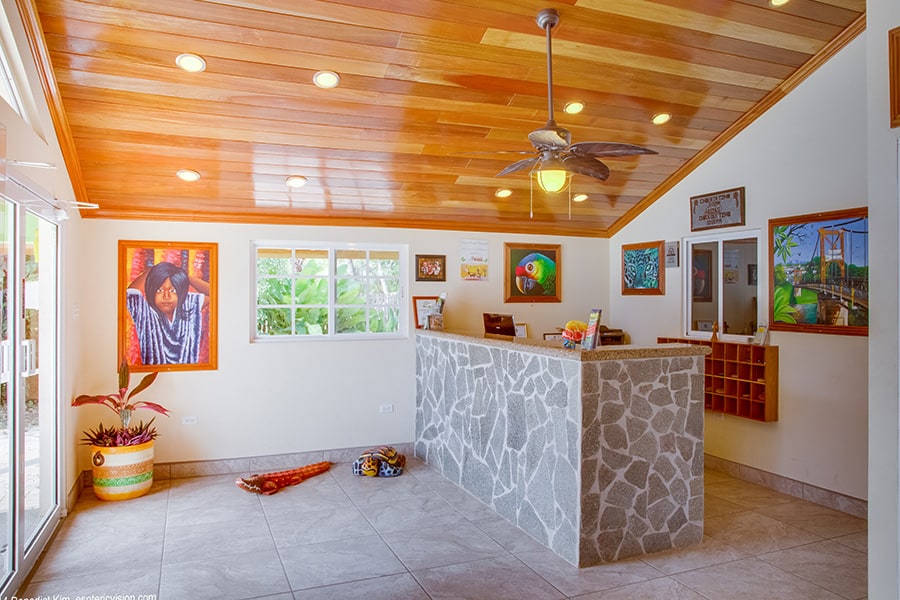 To start, we of course recommend the best breakfast experience at our on site restaurant. As Belizeans, we insist on giving you the belly-full before you go out to see a whole new world in San Ignacio.

We mean that when we say that adventure is everywhere in San Ignacio and that means right next door st our private reserve. Here. You'll hike through a natural habitat of wild birds, iguanas and even gibnuts "the royal rat". This adventure is free for our guest but an option to have a tour guide…

If you like hidden secrets. Then you should find your way to the end of the Branch Mouth Road. These rivers are the perfect late afternoon escape to bring your drinks of choice and take in the sights and sounds of the mopan and macal rivers. Yes, two rivers intersect here. This is nature's way of offering two-for-one…

We've saved San Ignacio's best for last but this ought to be the first. Use our services or adventure on your own and head for Cahal Pech Mayan Temple. The path takes a dark descent under the blanket of jungle and takes you to the center where you are surrounded by one of Central America's oldest stone titans dating to 14th century. Climb any of these colossai to their very tops for reward of the best picture-taking in town.

Whether you escape from inside the comfort of your room or explore an alien world on our beautiful planet, Midas Belize is your guide to new memories to cherish.

Come see for yourself. You wont believe you're in the second largest city in belize...